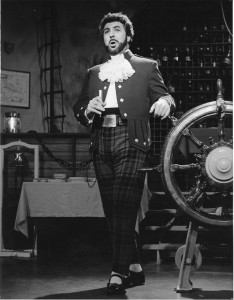 ‘It’s a Fine Thing To Sing’ was the title of Bill’s first series for BBC Radio. It started in 1962 and was so successful that it ran until 1970. It was broadcast throughout Britain and on the BBC World Service. This series enabled Bill to perform and record a vast repertoire and range of songs – from his native Scots Songs to songs from the shows, negro spirituals, and arias from concert and operatic repertory. His radio career continued almost non-stop with shows like ‘So Who Disnae Like Opera’ for Radio Clyde, ‘Music from Scotland’ for the BBC World Service, and ‘McCue’s Music’ also for the BBC.

‘McCue’s music was also the title of his first television series for Grampian Television. For BBC Tel 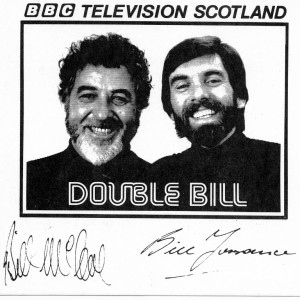 evision he made a series of interviews for the arts programme ‘Spectrum’, presented the brass band series ‘Fanfare’, and hosted many New Year Shows. Through the 1980s he and his colleague, Bill Torrance, hosted and performed in the BBC Scotland series ‘Double Bill’. He made regular appearances also on Scottish Television, one of the most notable of which was his involvement in its 1979 televised production of Robert Burns’s ‘The Jolly Beggars’, in a new musical arrangement by the Scottish composer Cedric Thorpe Davie. He also perform 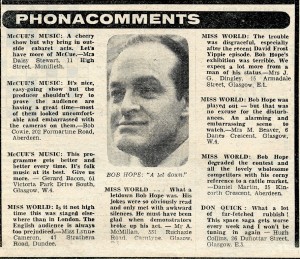 ed the title role of Noye in a televised production of Benjamin Britten’s Noye’s Fludde broadcast from St Mary’s Episcopal Cathedral in Edinburgh.