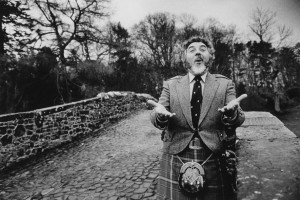 From his early childhood Bill had a love of Scots song, in particular the songs of Scotland’s national bard, Robert Burns. At the age of 14 Bill won first prize in a local Lanarkshire Burns Competition, so from this time there was a strong connection between his aspiration as a singer and the songs of Burns. Throughout his professional career he regularly performed and recorded a wide variety of Scottish songs, from 16th century court songs to popular arrangements and new compositions. He performed them in small intimate venues with piano, and as part of larger orchestral concerts across the country. He is acknowledged as one of the leading exponents of Scots song in the second half of the 20th century.

In connection with The Saltire Society, Bill, his wife Pat, and reciters Ian and Meta Forrest, delivered a series of performances of the poems and songs of Robert Burns throughout Scottish schools. And in 1987, celebrating the 200th anniversary of Burns’ visit to Edinburgh, Bill’s Scottish Singers Company produced a programme called ‘The Edinburgh Edition’ and the International Festival. 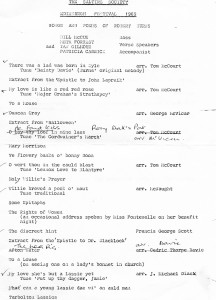 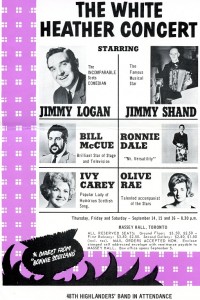 You can listen to Bill singing a selection of Scots songs by clicking on the links below.